skip to main | skip to sidebar

Zuluk, an unexplored destination in Sikkim 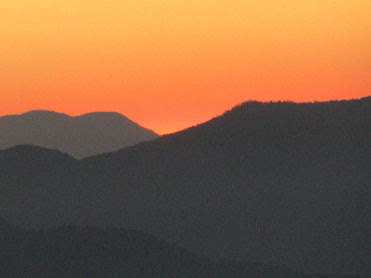 Perched on the rugged terrain of the lower Himalayas in East Sikkim Zuluk is a hamlet close to The Indo China border, located at an altitude of 3000 meters(10000 ft), it is a relatively new and offbeat tourist destination. Zuluk derived its importance from its location on the historic Old Silk Route. The route started from Kalimpong and passed through Pedong, Arotar, Zuluk and Jelepla to Chumbi valley in Tibet. After the Chinese aggression however Nathula is the official corridor between India and China.


There are about 60 families consisting of about 600 people living in Zuluk. They are largely immigrants from Nepal who came settled here in the hope of a better future. They are honest, simple, hardworking and hospitable by nature.

However most of them are illiterate. Zuluk has an extreme climate. Winter is very severe with snowfalls and freezing temperature while summer is wet and foggy. Due to poor quality of the soil and vagaries of weather, farming is ell neigh impossible. Neither there is any scope for practicing cattlerearing as an occupation. Most of the land is fenced and military controlled making it unfit for grazing. The only source of livelihood there is employment in the construction and maintenance of border roads. People live in penury misery.

However, there are immense tourism potentialities which need to be tapped properly. Zuluk is an abode of peace. It is an ideal destination for those who like serene ambience, far from the ‘madding crowds ignoble strife’. For a person who is long put up in a city and is tired of his humdrum existence, it is a welcome relief.

Zuluk has a primitive appeal. There are no hotels worth its name. a visitor has to accept home stay and put up in small cottages which have however attached bathrooms. Bedrooms are made comfortable and worm at night by room heater or fire place which locals call Bukhari. One has to get up at to reach in time the Sunrise Point (10600 ft) at Zuluk. The rising of the sun is a phenomenon which is beyond description. The dark eastern horizon gradually turns reddish as the sun about to appear. 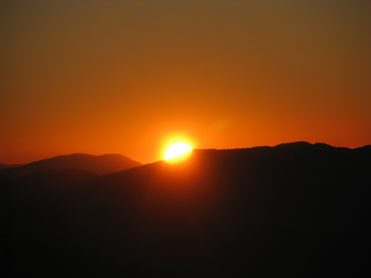 Then as the sun rises from behind the distant mountains its glimmering rays first touch the snow clad tip of the Khangehenzonga range on the west which slowly turns crimson and then golden and finally silver. All this futile and crude attempt to describe a scene which is breathtaking and awe-inspiring. One has to see it to believe.

After this exciting experience, the tourist may offer obeisance to the Nag God at the Nag Temple. The temple is a cave like structure in which the deity is the King Cobra or Nag, a Hindu mythology god. Here the image is a natural formation made through cracks in giant sized rocks. The local people worship with great reverence. The Thambi View Point at 11000ft. is a place from where one can have unhindered view of the Three Level Zigzag roads on the adjoining hills. This geometry of curves is really unique and unparalleld.

Next is Lungthung at about 13000 ft. It is the habitat of rare species of The Great Red Panda which is the National Animal of Sikkim. As good luck would have it, visitors may chance upon some of these species. After Lungthung comes Luxmi Chowk full of dense mixed jungle of Rhododendrons, Lichens, mosses, ferns etc. The twittering of the birds and panoramic view of the majestic Khangchendzonga freshen the mind of the tourists.

Lake falls on way to Adi Baba Mandir. Wild ducks swim in the transparent water oh the Lake which freezes during the winter. The Adi Baba Mandir is a memorial built in the honor of Sepoy Bhajan Singh who met with a tragic accident in this area and died. His Samadhi was constructed near Chhokhya Chho but was later shifted to the Watershed Memorial near LOG BR. Wreath lying ceremony is held at this site in the memory of all those Valliant soldiers who laid
their lives at the Watershed defending their motherland.

The road to Valley is very often covered with snow. This area is being developed as a Ski point in Sikkim.

Chinese Water Towers on Jelepla are visible with naked eyes. The Tukla Valley (12500 ft.) is also snowy and chilly. There is a war memorial built to commemorate the death of British soldiers who died at the battle of Tukla.

Kupup is only 16 km. from Tukla. En route, we come across Memenchule or Elephant Lake . Kupup is a part of the historical Silk route and traces of Loard Younghusband’s Track are visible. An Environmental Park is being developed here. There is also an Ice Hockey Field. The Yak Golf Course is the highest golf course in the world at 13025 ft. and is recognized by the Guniess Book of World Records. A cup of hot tea energize the travelers. Lhasa is about 520 kms. from Kupup.

One can drive straight to Nathula from Kupup. Nathula is in Tibetian plateau at a height of 14200ft and has the highest motor able road in the world. Nathula is at present the gateway of India and China. It is open for Indian nationals only on Wednesday, Thursday, Saturday and Sunday. The Tsomogo Lake (12210 ft) is about 16 kms. from Nathula. The Lake is 1km long, 50ft. deep and oval in shape. The Local people consider it a holy Lake.

It is exclusively the home of Brahminic ducks apart from migratory birds. If visited in May and August, tourist may see a large variety of flowers in bloom like the Rhododendrons, primulas, blue and yellow poppies etc. It is also the habitat of the Red Pandas. Foreign tourists are allowed only in groups of two or more.

Gangtok, the capital of Sikkim, our final destination, is only 40 kms. from Tsomogo Lake. It is a well planned township on the hills. Its exquisite gardens, Luxurious hotels, bars and restaurants make it a tourist a paradise.
Posted by India Beacons Sojourn at 5:34 AM

Promote Your Page Too